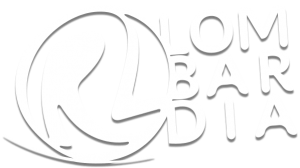 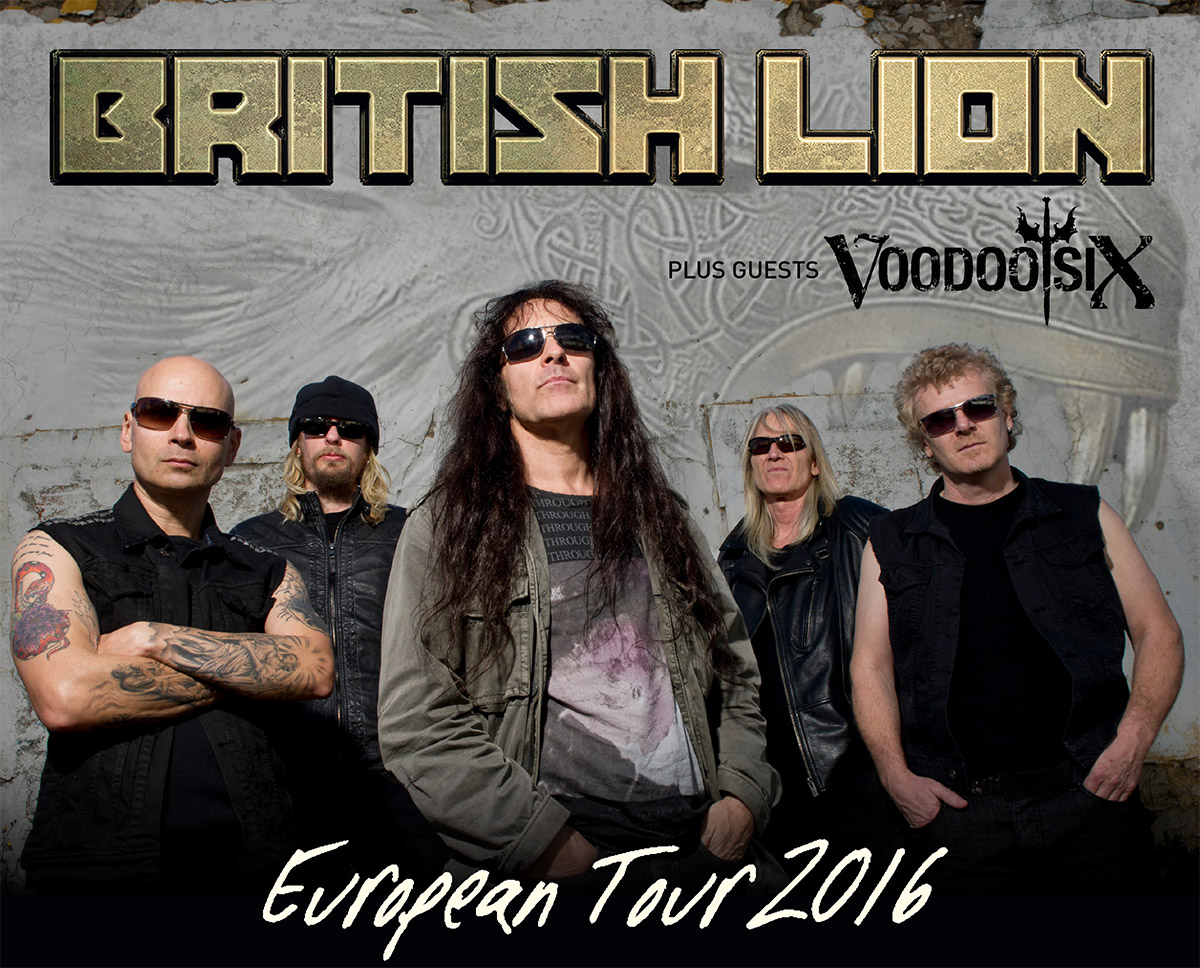 The hard rock team British Lion comes back to Milan three years and half later than their first italian show, in the same “stadium” with more or less the same fans. Leader and captain of British Lion is bass player Steve Harris The Great (joking with Iron Maiden’s title song) and if a team has a captain like him the winning is easy. Of course most of the people is here for him, it is obvious, but tonight British Lion has shown they are a real band, not Steve Harris’ band. As support they have chosen Voodoo Six, a band maybe not so famous, but with a tour together Iron Maiden in 2013 and it’s the band that had in line up guitarist Richie Faulkner later and actually in Judas Priest.
Hard rock with some bluesy influences is the music they play and for this tour they have a new vocalist, Nik Taylor-Stoakes (ex Fire Red Empress) that in the past sang with them as special guest in one show, so it was the right choice after the split with Luke Purdie. It has been a nice show, with energy but nothing to remember in the future. Also the (not so many) people was not so hot for their show.
At 22.00 it is the time for British Lion, with new cover artwork on the background, maybe of the next studio or live album. Yes the wish to see Steve Harris is very high, for me and for all the others.
The sound is very good and the result is that the songs Live has a new dimension, maybe more metal than the debut (and only) studio album. The voice of Richard Taylor is very good and the rest of the bend did a great job.
Steve Harris is incredible and full of energy as always, the sound of his bass is unique it is Harribass. He run all the time around the stage “shooting” people with his instrument. Eternal Steve !
The setlist included songs from debut album, above all “Us Against The World” and “A World Without Heaven” the best tracks for tonight, but also 5 new tracks as preview of next album, one of them “The Burning”, already played here in the past show 2013 has a strong Iron Maiden influence. They are nice songs, some of them more heavy metal than the debut, it is clear the songwriting of Steve is more present now.
The audience shows to appreciate the songs and the concert: it is pure energy without speeches between tracks.
80-90  minutes of very good music ! Really strange the decision to avoid any enclore. The show seems over but … don’t go home, Steve is a great man, in fact they have organized a free meet & greet: fan can meet their idol without paying any surplus, just wait your turn and a photo with him is possible … for many of us dream came true! Tonight we have seen one band, with an identity and now we’ll wait for their second studio album ! 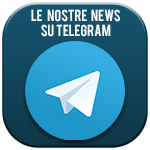 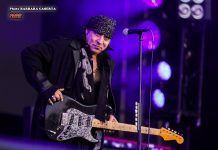 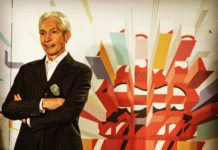